* In case of any delay in receiving the OTP, you may verify it later. Please proceed without verification.

Your mobile number is not registered with us. Please register your mobile no.

Enter your City name or Pincode

Dwarahat is a town and nagar panchayat in Almora district of the north Indian state of Uttarakhand.  A nagar panchayat is a form of an urban political unit in India. It is comparable to a municipality. A nagar panchayat is also referred to as Notified Area Council (NAC) or City Council. Dwarahat and the surrounding region is known for its cultural heritage, handicrafts, Kumaoni cuisine and warm and welcoming people.

The name Dwarahat is derived from Dwara and Har which mean way and heaven respectively. It literally translates to ‘way of heaven’. The town is situated at a distance of about 37 km from Ranikhet and is popular for a cluster of 55 ancient temples. These beautiful temples were constructed by Katyuri Kings and their architecture is similar to Gujarat School of Art. Apart from being an important cultural center of the region, it is also the hub of education in Kumaon.

Given below is the location guide of Dwarahat: 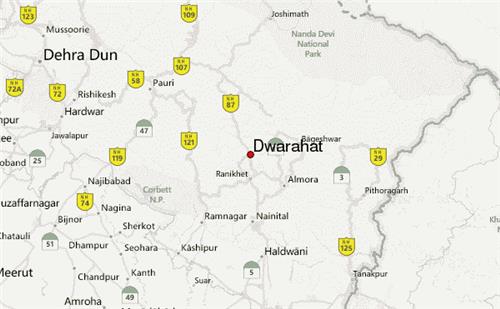 Dwarahat is located in the Himalayan foothills. The weather is moderate and cool throughout the year. Summers commence in April and continue till end of June. Following summers is monsoon, arriving mid July and continuing till September. December to February are peak winters where the night temperature sometimes fall below freezing. The best time to visit Dwarahhat is from end of September to December. The festivities in the region are at the highest during October – November. 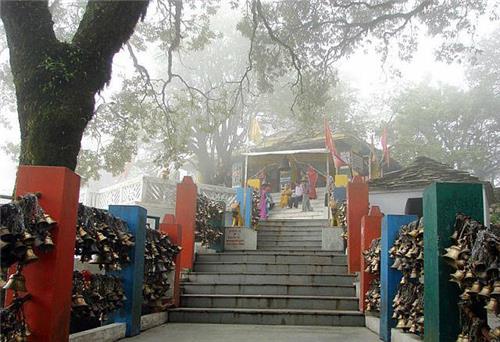 One of the most popular tourist attractions of the region is Doonagiri. It is just 14km from Dwarahat and is known for its religious importance as well. It is believed that when Lord Hanuman was carrying the Sanjeevani booti, a piece fell here. Ever since the place is known as Doonagiri. A temple dedicated to Goddess Durga is very popular amongst the locals. It is flocked by tourists and locals alike during Navratras. Nine days of Navratri are dedicated to nine forms of Goddess Durga. These are –
Pandukholi is situated 10 km from Doonagiri. It is believed that the caves here were inhabited by the Pandavas when they were in exile. A 5km easy trek would lead you to these ancient caves. 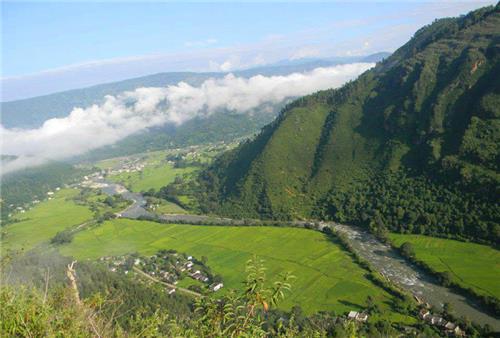 Chaukhutia is a small town located on the banks of Ramganga River. It is the meeting point of four important places of Uttarakhand. Chaukhutia is situated 18km from Dwarahat on Ranikhet – Badrinath Highway. The name has been derived from the Kumaoni word Chakuta, which means four feet in four directions. The place is known for its religious as well as historical importance. The place is believed to be abode for Pandavas during a part of their exile. It is paradise for nature lovers, photographers and solace seekers. Covered by expansive lush green cover and looking over the beautiful Himalayan Mountains in the distance, it is a picture perfect destination.

Someshwar Temple is dedicated to Lord Shiva and is located at a distance of 32km from Dwarahat. The temple as built during the reign of Chand Dynasty, by the founder of the dynasty – Raja Som Chand. The temple's name is derived from King Som and Maheshwara’s names. It is a popular temple amongst the locals in the region.

Lakhanpur Temple is located on Jorasi – Chaukhutia Road, about 25km from Dwarahat. The temple is known for its intricate architecture and is a symbol of the glorious past of the region. It was constructed by Katyuri Kings. A small fair is held at the temple each year during October. The fair attracts a lot of devotees from far and wide and it is the best time to visit the temple. 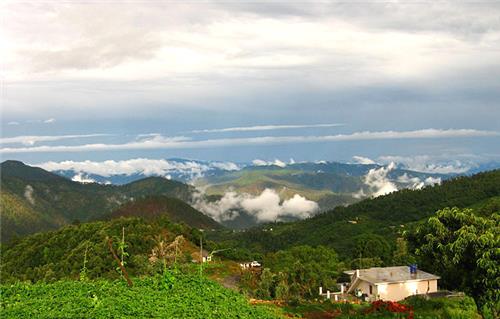 The dainty and quaint Almora is the slowly becoming the preferred choice for a lot of tourists. The serene location, Himalayan backdrop and rich cultural heritage are some of the main attractions of the region. It is situated on a horse shoe shaped ridge of a mountain. Almora is a great option for a weekend getaway. It is the hub of the Kumaon region and is situated just 78 km from Dwarahat. One can reach Almora via taxi, bus and even private vehicle.
Some of the most popular tourist attractions in Almora are – 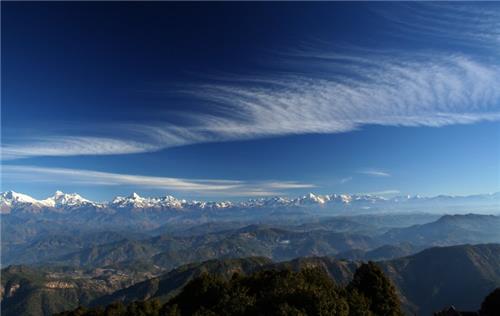 Binsar is the perfect getaway destination. Away from the chaos of the concrete world it takes you closer to nature. Sit back and relax, explore the beautiful mountain town and replenish the lost energy! It is a great place for trekking, camping, bird watching, photography, meditation, and yoga. Binsar is situated at a distance of about 91 km from Dwarahat. When in Binsar, the following places are a must visit. 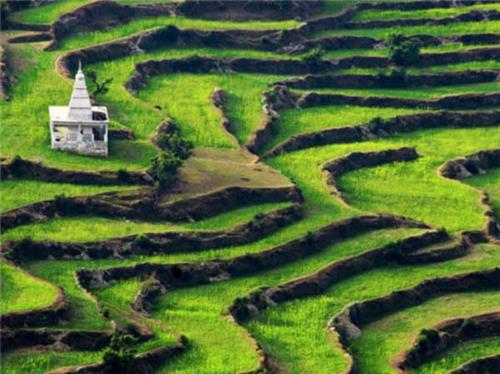 Think of hill stations in and around Almora, and one cannot miss the picturesque Ranikhet. Just 37km from Dwarahat one can easily reach Ranikhet via public and private transport. Ranikhet literally translates to Queen’s Land. This serene hill station is the perfect destination to spend some quality time with loved ones amidst the lap of nature. The majestic Himalayas in the distance, fragrant breeze and lush green forests around will win your heart. 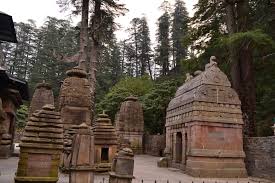 Jageshwar, popularly known as ‘Temple Town’ is home to more than 124 temples dedicated to Lord Shiva. It is abode of 12 jyotirlingams as well. The place is famous for its religious importance. Legends say that Lord Shiva came from his abode to Jageshwar to meditate. The beautiful temples are a proof of the rich heritage of the region. Jageshwar attracts a lot of devotees and tourists throughout the year. Travelers can enjoy nature walks, heritage walks, bird watching, trekking, and meditation in Jageshwar.

How to Reach Dwarahat

By Road
One can reach Dwarahat by a well connected network of roads. It is well connected to major cities of the state and neighboring states. The town is situated on NH 87 which connects Kumaon region to Garhwal. State run bus service and taxis are available for Dwarahat from Almora, Nainital, Kasauni, Karnaprayag, and Kathgodam.

By Rail
Kathgodam is the nearest railway station at a distance of 88km. It is well connected to major rail junctions like Delhi, Lucknow and Kolkatta. Kathgodam is considered to be the gateway to Kumaon and there are many trains to this station.

Are you a Business Owner?

Add the products or services you offer